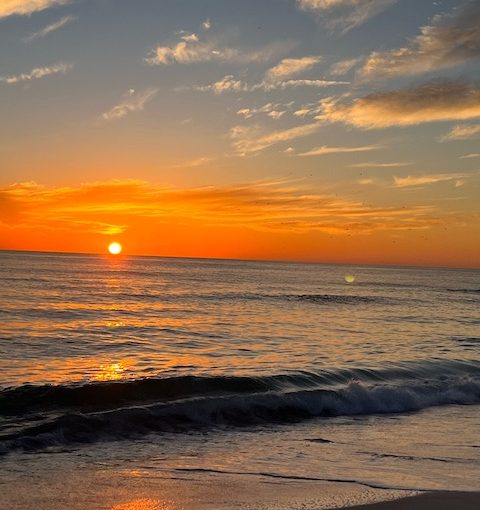 Yesterday was my flight home. I applied the lessons learned from last week: I was prepared for the TSA agent to ask me to lower my mask and I approached the counter at the gate before picking my seat.

At the security screening, the agent asked me to put my sweater (tied around my waist) on the belt. Obviously I couldn’t understand what he was asking, so I told him I was deaf. Through hand gestures, I figured it out. He told the agent by the scanner that I was deaf (he pointed to his ear as he spoke, so I could tell), which I appreciated.

When at the gate counter, the Southwest employee pulled down his mask during our interaction. He printed out a new boarding pass that identified me as deaf and told me when pre-boarding would likely start.

When it got closer, I realized I was waiting at the wrong door. I approached the right one as the Southwest employee was making an announcement. I introduced myself afterwards. She lowered her mask and explained there was a ground delay. She gave me an update after her next announcement, and then let me bypass the long line of wheelchairs to board the plane first.

Upon boarding the plane, I told the first flight attendant I saw that I was deaf and read lips. When a woman asked to sit in my row, I could tell she was talking to me, so I gave her my short spiel. She was sweet; she showed me some adorable photos of a grandchild or great-grandchild and offered me hand sanitizer and a hard candy.

After everyone boarded, the plane door closed, and we moved a little. Then, nothing. I tried using my text-to-speech app to transcribe some of the announcement, but realized I couldn’t without internet. As we waited and waited and waited, I grew increasingly frustrated not knowing what was going on. Finally, one of the flight attendants opened the bulkhead in the row ahead of me, so I got her attention. I told her I was deaf and asked what was going on. She asked if I read lips, and pulled her mask down to explain that we were in line to take off but only one flight was being allowed to leave every half hour due to air space. She estimated another half hour wait.

The next time there was an announcement, she came over and told me we were leaving in about 10 minutes. Now THIS is what I wish happened on a regular basis — remembering to update passengers who can’t hear the announcements! In the past, I’ve told flight attendants to please let me know of any announcements. Either they don’t remember, or if I say “important announcements,” they don’t deem any of them important enough to share.

This flight attendant said it wasn’t until masking that she realized how much she lipreads people when taking their drink orders. She also said in a previous job years ago, she used sign language, though she doesn’t remember much now. I told her I only know a little myself.

It was a long day, but could have been a lot worse. Here’s hoping for more travel in the future. Hear that, COVID? Stay away! 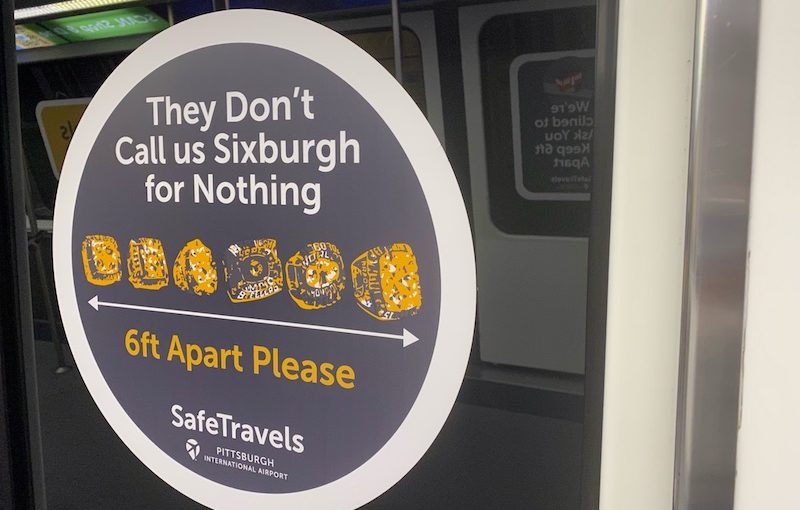 The last time I boarded a plane was when I returned to Pittsburgh from my cousin’s Bar Mitzvah in Atlanta – in October 2019.

Two days ago, I flew again. Only this time, everyone was masked (At least, the ones who followed regulations and cared about their fellow humans.). As someone who is deaf and depends on reading lips to communicate, I was nervous.

It didn’t help that a friend of mine recently had a horrible experience flying. Her husband wore a Kn95 FaceView mask so she could lipread him. He was told to take it off. Other passengers were wearing cloth masks or not wearing their masks properly, yet they weren’t confronted. Even a flight attendant often had her mask below her nose. Spirit refused to leave until her husband complied. Finally the pilot granted a “one-time exception to policy,” even though my friend and her family had followed policy. They were also harassed during the flight by one of the flight attendants. The whole experience was humiliating and infuriating.

Because I flew solo, I knew I wouldn’t have a similar encounter. But that also meant I was on my own communication-wise.

Thankfully, everything went relatively smoothly. Having pre-check helped. But when the TSA agent asked me to lower my mask so she could match my face to my license, I was too busy trying to pull up my boarding pass on Apple Wallet. When I glanced up, she looked exasperated. “I’m deaf and read lips,” I told her. She then gestured to pull down my mask.

My plan was to tell a Southwest employee once I got to the gate. I didn’t realize there was a counter between gates, so I picked a seat near my gate. Because it was a good seat, I figured I’d wait until someone showed up close to boarding.

The flight time kept changing, which got people talking. This resulted in an awkward interaction, but that can’t be avoided.

After a Southwest employee spoke into the microphone by the gate, I approached her. When I identified my deafness, she gestured to a piece of paper to ask if I wanted her to write. I told her I read lips and she could pull down her mask, which she did.

While in line waiting for pre-boarding to start, I noticed people staring at me. Then one man pointed behind me. I turned around to find an employee trying to get by. I don’t know why they hadn’t tapped me, or how long they’d been there. “I’m sorry, I’m deaf,” I said to her. I hope the others heard so they knew I wasn’t being rude.

The employee at the gate brought me and three others onto the plane. After they boarded, she pulled down her mask to let me know that she was going to tell the flight attendant about me. Then she told me I could sit anywhere except the exit row. I told the flight attendant that I read lips, and he said to just press the button if I needed him.

It was frustrating having to hear announcements without understanding what was being said – both in the airport and on the plane. Normally I’d summon up the courage to ask a seat mate, but with masks, forget it.

So, I definitely had some social anxiety (thanks, COVID, for bringing it into my life!), but I got through it. The destination was worth it!